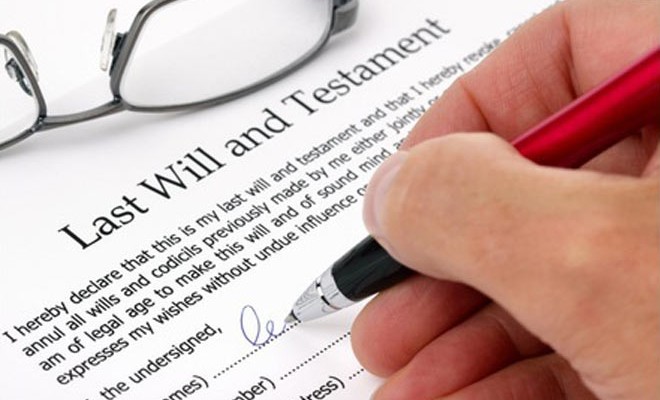 26 Apr Why is it important to update your will

Posted at 10:06h in Wills and Estate Management by Lawyerinauckland

The importance of updating your will

If you should die, having a valid will, also known as a “last will and testament”, is the only way to ensure that your assets and possessions are distributed to the people that you want them to go to, and in the way that you want them to be distributed to those people. However, the key word here is having a valid will. That’s because a legal will or parts of a will can be deemed to be invalid. Did you know that? Not many people do. So if you have a will (and making a legal will is something that everyone over the age of 18 should do) then you should definitely review it with your wills and trusts lawyer to ensure it’s still a valid will.

Legal requirements to update your will

Before 1 November 2007, when the Wills Act 2007 came into effect, documents that were intended to be a legal will but that failed to meet certain formal requirements, were deemed to be invalid as a will, often resulting in much-added heartaches, such as an intended beneficiary being deprived of an inheritance.

A valid will had to be in writing, properly signed and be properly witnessed by two witnesses. Some of the things that can make a last will and testament, or parts of it, invalid, are things such as the following:

• If the will was made before the will-maker got married or entered into a civil union, or ended their marriage by court order.

• If it can be shown that the maker of the will was in any way subject to undue pressure or influence to dispose of their property in a certain way.

• If the will-maker was not of sound mind or was under-age when they made the will.

• If the will-maker made handwritten changes to an existing valid but neglected to sign or initial the changes and have them properly witnessed.

• If a will was drafted by a lawyer but the will-maker died before they could sign the will.

Prior to 1 November 2007, documents that were intended to be a legal will but which failed to meet the various formal requirements of a valid will were deemed to be invalid.

However, the Wills Act 2007 has made some important changes by allowing a Court of Law, in certain cases, to validate documents that record the testamentary intentions of the deceased as a valid will.

The focus of these changes was to ensure that a will-maker who set out to express their genuine last will and testament, should not have those wishes frustrated merely by various legal technicalities. Now the Courts can validate certain documents, otherwise deemed as invalid previously, as valid wills. However, this does involve an application to the High Court under Section 14 of the Wills Act 2007 and still needs certain requirements to be met.

Rather than have to go through a legal rigmarole involving the Counts, we recommend instead that you review your last will and testament every few years with your wills and trusts lawyer, just to be sure your will is still a valid will. Validating a will with the help of a lawyer should also be done when your circumstances change, for example, you get married or enter into a civil union or de facto relationship, or when relationships break up.

Helping you validate your will

It’s important to make sure you constantly stay on top of your estate planning by ensuring that your will and power of attorney are updated regularly.

For expert advice as to whether your current will is still a valid will, or if you need to update or amend your will, simply call 09 523 2408 to speak with your Auckland lawyer at Quay Law. We’ll also provide you with a quote of the cost for amending your will, as there’s no fixed price for updating a will because each person’s circumstances are unique.

Amending a will, Auckland Lawyers, Auckland Will Lawyer, cost to update a will, Last Will and Testament, legal Will, Making a will, Power of attorney, Validating a will, will validation, Wills, Wills and trusts