Posted at 20:29h in Newspaper & Other Articles by Lawyerinauckland 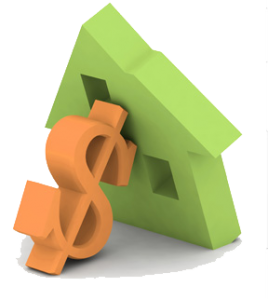 Are you thinking of refinancing your existing home loan? Our experienced property lawyers at Auckland law firm Quay Law have the legal expertise to assist you during this process. Contact us at quaylaw@quaylaw.co.nz.

Please find below a recent article as it appeared in stuff.co.nz on 26 November 2013.

The case is building for the Reserve Bank to lift official interest rates as soon as January, according to ANZ Bank economists.

While that “might seem like blasphemy to some”, the economy was going pretty well with signs of broadening of momentum across sectors and regions, ANZ said, with more strong economic figures due out this week.

Overseas trade figures due out tomorrow are expected to show exports booming as farm production bounces back from last summer’s drought, and high commodity prices. Building consent figures for October, due out on Friday, are expected to be stronger for the third month in a row.

Most economists are expecting the first interest rate rise in March, but ANZ said the chance of an earlier rate move was rising, with the cash rate expected to move from 2.5 per cent now to 3.25 per cent by the end of 2014.

New Zealand could lead the developed world as the first central bank to raise interest rates, but it would not want to get “too far out in front, for fear of sending the exchange rate to the moon”, ANZ said. The New Zealand dollar remained “very high” at US82 cents yesterday.
ANZ said it was getting close to calling a January move because of the strong economy, rising inflation and a governor who played with a “straight bat”.

“He [Graeme Wheeler] has not even blinked in response to the political maelstrom around the LVR [loan-to-value ratio] speed limits [on low deposit home loans].”

Migration is booming, the labour market has turned and wages will follow up.

Business and consumer confidence remains high, with recent ANZ surveys suggesting GDP growth could be as much as 5 per cent, although the bank’s economists say that looked a stretch, given a still-wobbly global scene, high dollar and the sheer ability of the economy to grow so fast.

ANZ said it was inevitable that the cash rate would need to move up if inflation was to be kept well-behaved.  – © Fairfax NZ
News