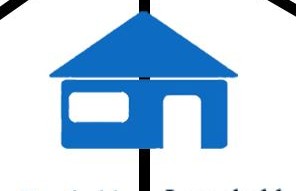 Posted at 21:32h in Newspaper & Other Articles by Lawyerinauckland

Homeowners in some of the country’s most desirable streets are abandoning their homes in droves, walking away from properties worth millions of dollars because of skyrocketing lease rentals.

Owners have abandoned at least eight properties in Auckland’s Greenlane in the past two years, while others have sold for a fraction of the price they were bought for.

The fire sales and abandonments are the reverse of the overheated prices in the country’s hottest property market, where average house prices recently hit an all-time high of $639,385.

The reason for the meltdown in One Tree Hill is skyrocketing lease rentals.

Swaths of land adjoining the prominent Auckland parkland are owned by the Cornwall Park Trust Board, which leases out around 110 residential sections to generate income for the park’s upkeep.

These perpetual leases are set at 5 per cent of the land’s underlying value and set for 21-year terms.

The most recent round of reviews – undertaken during the property boom – has pushed many residents to breaking point. It is understood average rents for the abandoned properties increased from $6000 to $43,000.

Leaseholders own only the buildings on the land and must also commit to paying annual fees to landowners to occupy the property.

Leasing is a cheap way to access desirable addresses, but a rise in rental fees discounts the value of sections, as potential buyers need to factor ongoing rental costs into their purchase.

The recent rental hikes have made buyers wary and selling a painful proposition.

Cornwall Park leaseholders banded together and raised $427,500 to challenge the rental hikes all the way to the Supreme Court – and lost.

Cornwall Park director Michael Ayrton said he is in a difficult position and is required by lease and trust deeds to charge 5 per cent and ensure the parklands are maintained for future generations.

“We don’t like to see people under financial pressure or facing forfeitures, particularly when we’ve had a long-term relationship with them,” he said.

The leasing arrangements had operated for 80 years without abandonment.

But Ayrton conceded changes may be necessary in light of residents walking away from family homes. “We are now giving consideration to what will continue to work well over the long term,” he said.

Local MP Sam Lotu-Iiga said he brokered an unsuccessful meeting between the residents and the trust board and will now raise the matter with Housing Minister Nick Smith.

Auckland University business professor Lawrence Murphy said leasehold residential sections were a novelty in New Zealand and often misunderstood by property buyers who made assumptions based on their understanding of freehold property.

“Leasehold properties are much better understood in countries like the United Kingdom,” he said.

Capital gains, a staple of Kiwi property investing, were a non-factor when leasing, Murphy said. “In reality this gain is attributable to the landowner. You should only be viewing this as an opportunity to consume a space,” he said.