Posted at 12:03h in Conveyancing, Newspaper & Other Articles by Lawyerinauckland

Source stuff.co.nz article of April 15 2015 and shared with you by the Conveyancing Auckland lawyers at Quay Law.

‘The brakes are off’: Auckland’s average asking price hits $716k 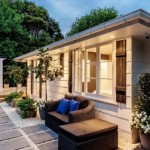 The average asking price for an Auckland home reached a record $716,050 in March according to Trade Me’s Property Price index.

The rise was good news for current homeowners, but worrying for those still renting, Trade Me’s head of Property Nigel Jeffries said.

“This is huge tax free capital appreciation for home owners,” he said.

“For renters who have aspirations of owning, it represents a real difficulty,” he said. Deposits were becoming harder and harder to reach, and the level of competition on many properties was very high.

“It’s very challenging to get a win.”

Coincidentally, the new average asking price matches the selling price of the winning Our First Home house almost perfectly. The Schreuder family sold their Titirangi property for $721,000 on Monday, taking home $190,400 in profit.

Many young Auckland couples were choosing to buy outside of Auckland in order to get on the property ladder, but continue renting in the city, Jeffries said.

“At some point in the future they’ll move out to the house they own, or sell it for a deposit,” he said.

Every region other than the West Coast and Otago showed a rise in Trade Me’s data over the last year, with the national average asking price reaching $514,350.

These rises were a result of a healthier economy and demand from domestic and international migrations, said Jeffries.

“The brakes are well and truly off,” he said.

SOUTH OF THE BOMBAY HILLS

APARTMENTS ON THE RISE

The average asking price for an apartment across the country grew to $442,900 over the last year, up 16.8 per cent.

Jeffries said Kiwis were changing their expectations about property ownership.

“The quarter acre section close to town is now out of many people’s means.”

For more property news and conveyancing updates from Quay Law.