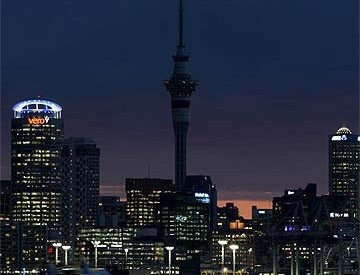 29 Oct Auckland Congratulations! Quay Law (Lawyer Firm) is proud to be part of this great city

Posted at 08:30h in Newspaper & Other Articles by Lawyerinauckland

This article was sourced from Fairfax NZ and shared with you by our lawyers at Auckland lawyer firm Quay Law. Well done Auckland !!! Auckland Tourism Events and Economic Development is aiming to double the contribution from the visitor economy, growing it to $6 billion by 2021.

Despite it’s embattled mayor, Auckland has been rated as one of the top 10 cities in the world to visit next year.

The country’s most populous city made the list of Lonely Planet’s Best in Travel 2014, published today.

Auckland sits alongside iconic hotspots including Paris, Zurich, Shanghai and Vancouver in the ninth annual guide, which highlights the trendiest destinations, journeys and experiences for the upcoming year.

Auckland is recognised for its cuisine, culture and coastal scenery with Lonely Planet saying: “Food, arts and exploring the coastal hinterland are all excellent reasons to extend your stay in New Zealand’s biggest and most cosmopolitan city.”

Mayor Len Brown said the accolade from the world’s number one independent guidebook was well-deserved.

“It shows Auckland is becoming known the world over as a destination in its own right, an exciting international city in a stunning natural setting, and an umissable South Pacific urban experience. The work we are doing to make Auckland a fabulous place to live and visit is paying off and putting Auckland on the map,” he says.

The guide makes particular mention of the waterfront area and Britomart as well as the more far-flung parts of the region such as the west-coast beaches and Waiheke Island.

The top-10 cities were independently nominated by more than 500 Lonely Planet authors and staff and selected based on topicality, excitement and “special X-factor”.

Auckland Tourism Events and Economic Development is aiming to double the contribution from the visitor economy, growing it to $6 billion by 2021.